First, the combo laser lets you use the spots and lines together or separately. The 360 laser has no spots.

The big difference between laser lines and spots is spots are greatly more visible outdoors and across distance.

Say, for example, you want to check the grade of a hill on a sunny day at 130′. With spots all you need is a measuring stick to capture the laser dot. With lines you need a laser detector.

In the pics above I’m standing below this grade rod, which is 130 feet from the DeWalt combo laser. I could easily read the spot that was 11′ 5-1/4” off the ground.

Granted, in some instances using a detector to locate a horizontal line is going to be easier than trying to find a tiny spot with a stick at 130 feet. The point is the five spot combo gives you the option to do either where the 360 does not.

Both laser’s lines are visible indoors to 100′ on walls and ceilings. Floor lines are less visible. If I’m laying out a floor I put a block or something on the floor to see line at any distance past 12′ or so. This is another area where the combo’s forward spot helps line things up.

It’s hard to see in the pic above but the 360 line is visible all the way around the room. The top, brighter, horizontal line is the combo laser and is visible only to about half way over this fireplace. So with the combo in bright light you can’t to see the horizontal line 180° left or right passed about 10′. Here again the highly visible spots can help.

Another thing to consider is the 360 is full time 360. So you’re throwing lines all around all the time. That can be a little obnoxious on a jobsite. These are class 2 lasers that will fry your eyes if you look at the laser for more than a fraction of a second.

You get a huge case with a ceiling bracket that, unless you install drop ceilings, you’ll never use. However, the case is a great place to store the laser detector and grade rod bracket. So all that stuff lives in the case in my garage, while the laser lives in an old camera bag inside my tool bag.

A Chance To Jump Ship

As this was my first 12V DeWalt tool I considered jumping over to Makita for my 12V tools. I like their 12V lineup and if I have to carry two chargers anyway…

But, I chose the DeWalt 12V laser for the forward spot. And besides, the charger that came with the 12V Makita was freakin’ HUGE!

I prefer the slimmer size and versatility of the 5 spot combo laser over the 360. If you need full 360 coverage go for the 360. If you want brighter lines, and don’t need a forward spot, check out the Makita 4 spot plus cross line.

TOOLREV EARNS COMMISSIONS ON PURCHASES MADE THROUGH OUR LINKS

Whichever way you go I wish you good luck. For more info check out this video review: 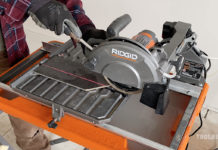 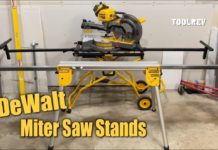